Google News has the Champions League all season long

Celebrate every goal and dribble along with your favorite team: The 2019/2020 UEFA Champions League season, Europe’s top-division football club tournament, is underway. The tournament, which has been held annually since 1955, consists of 32 teams that compete in five rounds for the title of best club in European soccer. This year marks the 65th anniversary of the tournament, and it all leads to Turkey. The final will be hosted at the Atatürk Olympic Stadium in Istanbul on May 30, 2020.

From September through May, you can follow along with our special experience on Google News. Search for and follow the Champions League topic on both desktop and mobile and get pre-match, live and post-match updates and video highlights of every game. You can also dive deep into club and player news including line-ups, game stats, analysis, injury reports, trade rumors, tweets and much more. With our new wheel format, you can quickly view every upcoming opponent and be prepared for the biggest games. 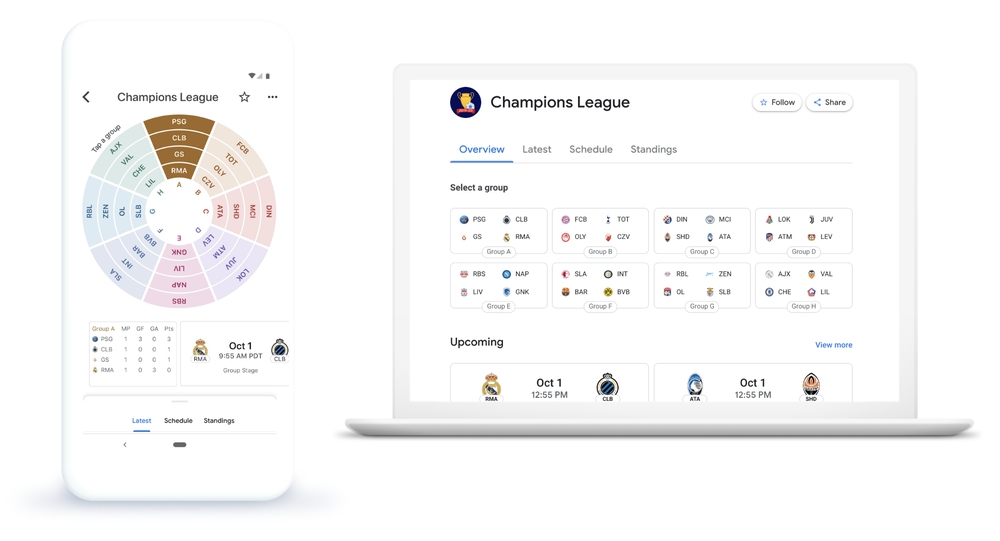 The experience will be available across Android, iOS and web platforms, so you’ll never miss a minute no matter where you are. Will your club be crowned best in Europe? Follow along now with Google News.