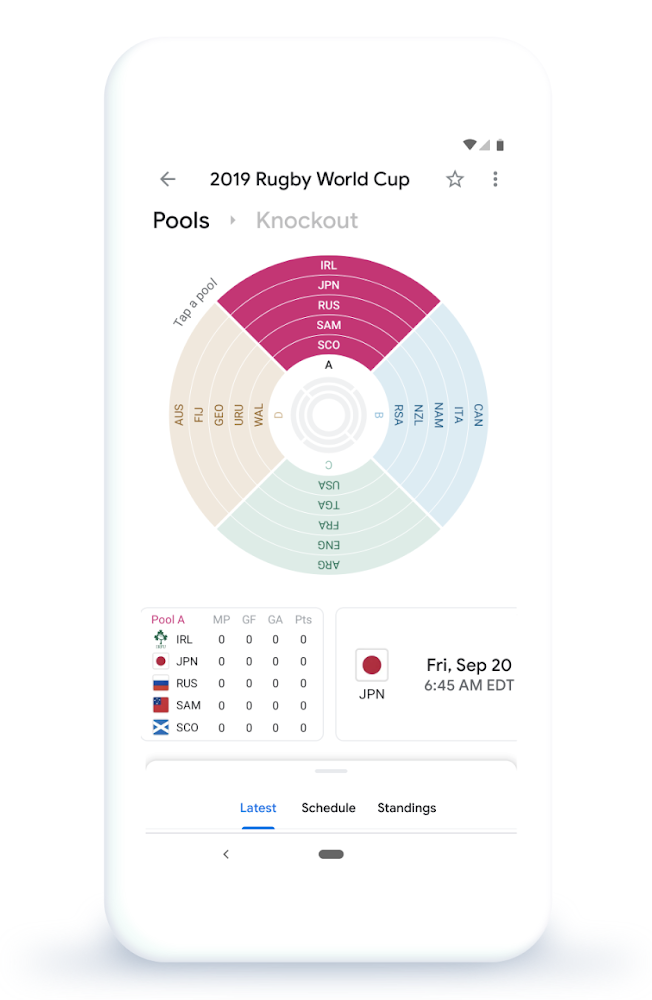 Grab your flags and jerseys: The 2019 Rugby World Cup, hosted in Japan, is running from September 20 through November 2 this year. The tournament, which began in 1987, is held every four years between the top 20 international teams. They’re competing for the illustrious Webb Ellis Cup, named after William Webb Ellis, the alleged inventor of rugby. This will be the ninth Rugby World Cup and will mark the first time the tournament is held in Asia, and Google News is helping you get access to all the biggest moments.

When you search and follow the Rugby World Cup on mobile, our interactive tournament wheel will transport you straight into the action. Follow your team through the pool stage, knockouts and finals with live coverage of every match including post-game reactions and analyses, player stats, injury reports, win probabilities and more.

No matter where you are or what device you have, we’ve got you covered. Our experience will be available across iOS and Android platforms across all 50+ languages we cover.

This feature also compliments our efforts across Google, specifically for YouTube, which will feature comprehensive match highlights from World Rugby and official tournament broadcasters, as well as interviews, a daily review show and behind-the-scenes action.

Will your team win? Join in on the scrum and find out with Google News.