Building the Google Assistant on phones for everyone, everywhere

In most countries around the world, phones are the primary way people interact with the Google Assistant. Whether you’re using an Android phone, an iPhone or a phone that’s running Android 9 Pie (Go edition) or KaiOS, the Assistant takes advantage of our phones’ capabilities so you can get help while you’re on the go.

This week, we’re at Mobile World Congress, announcing more phones with a dedicated Google Assistant button and sharing new ways people around the globe can use phones to get help from the Assistant where they want it.

Assistance where you want it

Bringing the Assistant to mobile apps

There are lots of ways the Assistant can help right within some of the apps we use every day. For example, since we launched the Assistant in Google Maps, drivers in the U.S. are getting hands-free help with directions, making calls and listening to music. We’re also seeing more than 15 times the number of queries asking for the Assistant’s help to send messages and read incoming texts out loud compared to before, when you could only use your voice for a few things. In the coming weeks, we’ll bring the Assistant to Google Maps in all Assistant phone languages.

Accessing the Google Assistant in Messages

Conversations are another place where the Google Assistant can lend a helping hand. Over the coming months for English users around the globe, Messages will start showing suggestions so you can get more information from the Google Assistant about movies, restaurants and weather. The Messages app uses on-device AI to offer suggestion chips relevant to your conversation, helping you easily find and share information as you chat one-on-one with your best friend, or in a group chat with your entire family. You can tap on the suggestion chip to learn more from your Assistant, and if you find the info is helpful, you can decide if you want to share that information back into your conversation. If you don’t share that information, the other person won’t see it.

If you’re chatting with your friends and you need to quickly look something up, your Assistant can help at any point when you’re using Messages. Just long press the Home button with the Messages app open on your phone, and your Assistant will pop up to help.

Accessing information when you need it

Tens of millions of affordable Android Go and KaiOS phones with the Assistant built-in have been sold over the last couple of years. As these phones have become more popular this past year, we’ve seen a seven times increase in the number of active users for the Assistant in India, Indonesia, Mexico and Brazil. In places where people are coming online for the first time, millions are discovering that voice is a more natural way to interact with technology, overcoming technological hurdles that previously seemed out of reach.

Dewi, a young mother from Indonesia, wanted to redesign her porch and improve her garden, but with so many websites and mobile apps to choose from, she didn’t know where to start. So she decided to ask her Google Assistant on her phone for help, accessing information in a way she hadn’t before. Using the Assistant, Dewi found design references, tutorials and how-to guides—everything she needed to tackle her overwhelming project. Now, she’s using the Assistant regularly to discover new recipes and cooking techniques, help her little brother with his homework and find the best prices available online while shopping. 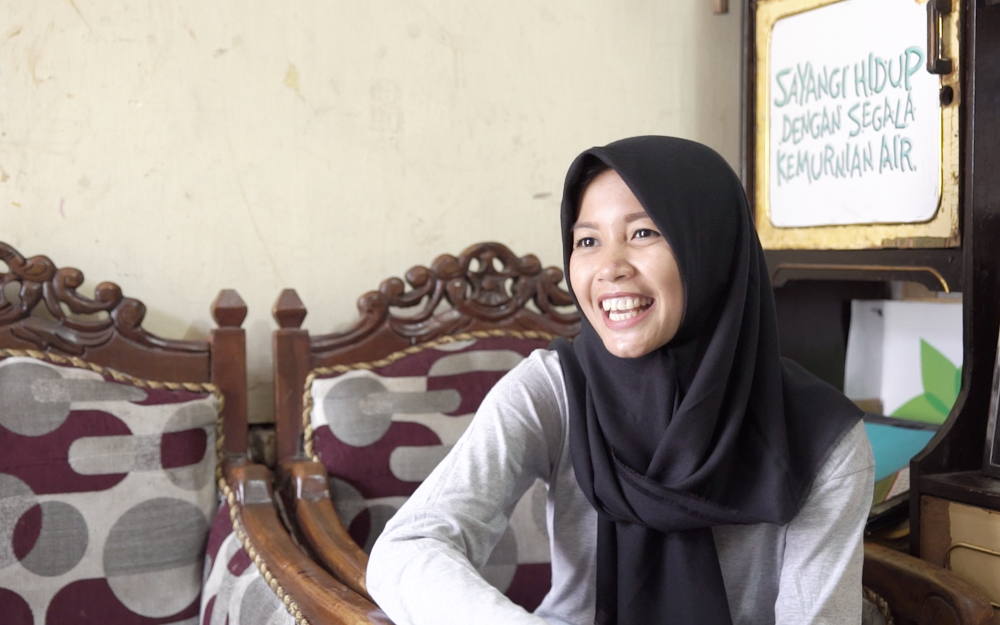 “My daily activity has really changed. The Google Assistant has helped me to learn a lot of things that I wasn’t aware of before.”  – Dewi from Makassar, Indonesia

Use your voice to do more on feature phones

In some languages, even a simple text message can be pretty difficult to type out—and it’s even harder on a feature phone keyboard with three letters on each button. Over the coming months, we’re launching Voice Typing on KaiOS, so the Assistant can help translate speech to text in a natural, convenient way. With the cursor in the right field, you can press and hold the Assistant button on your phone and use your voice to dictate your text messages, web searches or anything else that has a text field. If you’re someone who likes to navigate your feature phones’ menus and settings in English, but prefer to talk, text and search in your native language, now you can keep your KaiOS phone’s language in English and use a different language for your Google Assistant.

Talk to your Assistant in eight Indic languages

Last summer we announced the launch of the Google Assistant in Marathi, and said that seven more Indian languages would follow. Now, all users in India can talk to the Assistant in Marathi, Bengali, Tamil, Telugu, Gujarati, Kannada, Malayalam and Urdu. If you happen to speak one of these languages, give it a shot so we can continue improving the experience.

When we first introduced the bilingual Assistant, you could choose between six different languages and switch back and forth between two of those interchangeably. Now, you can select any language pairing from Korean, Hindi, Swedish, Norwegian, Danish and Dutch, in addition to the languages that were supported from the get-go: English, Spanish, German, French, Japanese and Italian.

In the coming months, developers will be able to release their Actions on Android 9 Pie (Go Edition) and KaiOS devices so entry-level smartphone and feature phone owners can access more locally relevant experiences. Some of those experiences we’re looking forward to bringing to millions more people include Galinha Pintadinha’s family-friendly Action in Brazil, and a better experience for cricket fans in India so they can stay up to date on the latest matches.

With Assistant in Messages and Google Maps, Voice Typing on KaiOS, more natural voice controls and physical buttons for the Assistant on more phones, your Google Assistant is ready to help in the places you need it most. If you haven’t used your Assistant on phones to get things done while you’re on the go, now’s the time to Make Google Do It.