The journey toward a circular economy: From Muir Beach to data centers

Editor’s note: This article is a condensed version of Kate’s talk at TEDWomen on November 29, 2018.

I grew up in Muir Beach, California and spent my childhood exploring its beautiful trails through the forest and tide pools at the beach. During my time in this coastal ecosystem, I learned something: The animals, plants and microbes that make up what we call nature are the consummate engineers of the world.

They represent billions of years of research and development that has created a circular system where waste doesn’t exist. Think of a tree that grows from the energy of the sun and the nutrients in the soil. Eventually the tree falls and microorganisms, enzymes and bacteria begin to turn the tree back into the soil and nutrients that fuel the growth of new life in the forest. This is the genius of nature, the original circular economy. 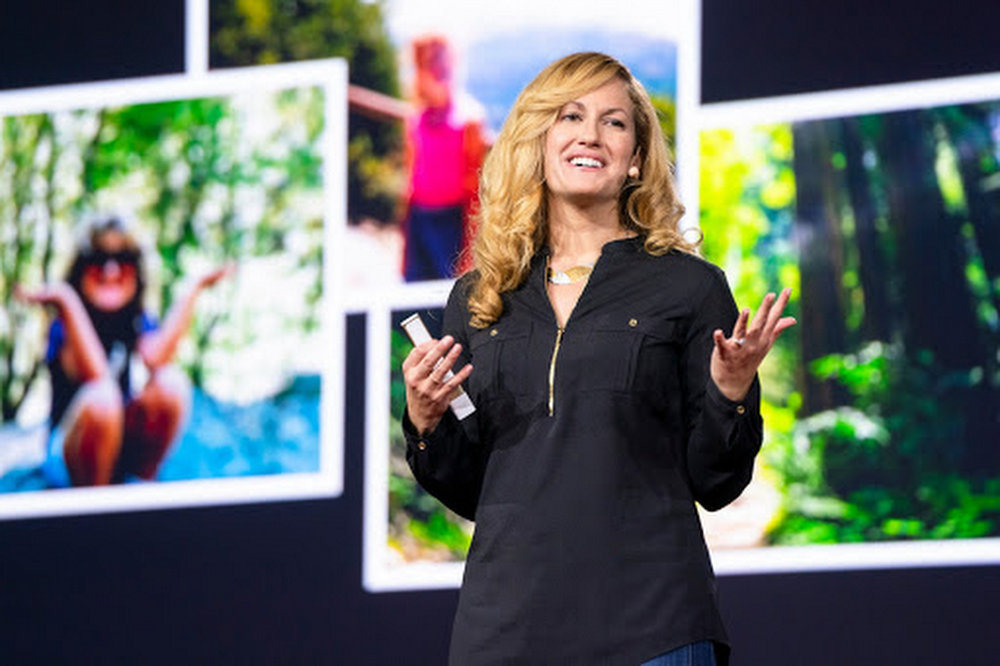 The ‘economy’ in circular economy

What if we could apply this same approach to our modern economy? What if, like nature, everything was repurposed, reused and reborn for use again? What if instead of our current linear economy of take-make-waste we had a “circular economy” that mimicked this natural system?

These questions aren’t just hypotheticals, they hold the key to our future. According to the latest science, we only have 12 years left to make an unprecedented, economy-wide shift or the damage we will have done to our planet will be irreversible. From my time working in sustainability at the Pentagon, the White House and now as Sustainability Officer at Google, my colleagues and I have struggled to find an approach that could drive transformation at this scale.

I believe the shift will incorporate circularity. This thinking builds on multiple schools of thought like cradle-to-cradle, industrial symbiosis and biomimicry, but what’s new is the “economy” in circular economy, the strong focus on value creation. It’s estimated that the Circular Economy could generate $4.5 trillion of new economic output by 2030.

We’re already putting this circular approach  into practice at Google, and it’s grounded in three principles: design out waste, keep products and materials in use and transition to renewable energy.

Learning from the world’s most efficient engineer—nature

Google owns and operates 14 data centers on four continents. These data centers and the people who work in them are the ecosystem that make Google tick. And it’s not just Google, it’s Microsoft, Amazon, Facebook, Baidu and more. Cloud and IT services are not immaterial, they are a growing part of our modern world embodied in millions of data centers. Like all industrial systems, millions of data centers means a significant need for natural resources and an urgency to find a new model for addressing growing demand for energy and materials.

Stepping into a data center feels like the polar opposite of the dirt, decay, and life of the organic world. But it’s still a system—with inputs and outputs, much like the coastal forest of my childhood.

The most significant input to this system is energy. In 2017 Google’s total energy footprint was around 8 million megawatt hours; that’s roughly equivalent to the energy used by the city of Atlanta in one year. And that’s just Google. Data centers worldwide use an estimated 200 terawatt hours each year. That is similar to the national energy consumption of some countries like Australia and roughly one percent of global electricity demand.The other major input into the system is hardware, mostly in the form of thousands of servers ultimately made up of raw materials like tin, gold and cobalt.

So how does the circular genius of nature translate into a high-tech, industrial setting like a Google data center?

Google certainly isn’t the only company on the journey towards a circular economy. But the work of a few companies isn’t enough. There is a lot more left to do. Last week Google joined world leaders in Katowice, Poland for the 24th consecutive Conference of the Parties (COP24). Climate change is one of the most significant global challenges of our time. Rising to that challenge involves a complex mix of policy, technology, and international cooperation. We believe global businesses like Google should lead the way in improving people’s lives, while reducing or even eliminating our dependence on raw materials and fossil fuels.

Together, I believe we can turn to the work of world’s most efficient engineers and reverse the global challenges created by a take-make-waste economy and create a circular world of abundance.