Around the world, voters are preparing for major elections. By the end of 2019, we'll see midterms in the U.S., parliamentary elections in the E.U., and national elections in Brazil, Nigeria and India, to name a few.

And ahead of any election, journalists and fact checkers face a challenge: confronting mis- and disinformation on the web, in real time. In the lead-up to these elections, cadres of journalists will work around the clock to ensure voters receive accurate information about the races, the candidates and the issues.

To support journalists in giving voters the information they need, the Google News Initiative has invested in a number of efforts across the news industry. One key part of this effort is Google's long-standing partnership with First Draft, a project of Harvard Kennedy School’s Shorenstein Center, which recently convened more than 100 journalists from across the country to verify stories, rumors and tips so they don’t give oxygen to inaccurate stories. 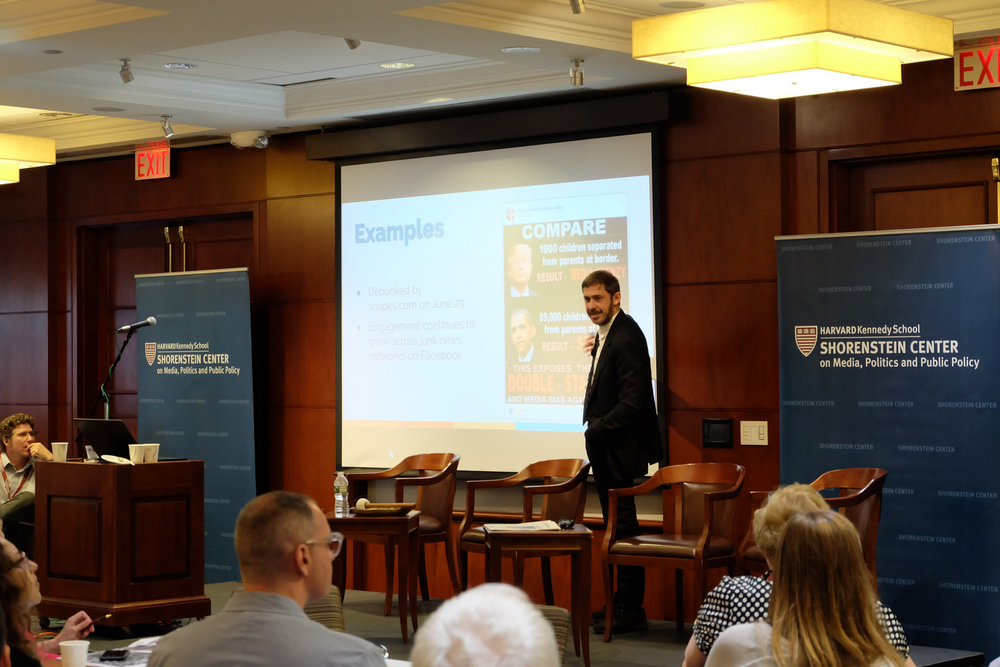 First Draft’s Cameron Hickey provides examples of memes that were created with the intention to deceive.

First Draft, an organization that began in 2015 to educate journalists on how to verify user-generated content, has long championed the work of reporters who strive to separate fact from fiction. As a founding partner of First Draft, Google has supported the organization with funding, technology and project support. Together, we’ve provided trainings to help thousands of journalists verify online content quickly, and with confidence. The training is available in English, Spanish and Portuguese, and over the next few months, it will be translated into Arabic, French, German, Indonesian, Italian, Japanese, Korean and Russian.

In 2018, First Draft set an ambitious goal to train more than 10,000 journalists, and so far this year, they’ve run “train the trainer” events in Indonesia, Singapore and India. At these events, newsroom leaders are trained on verification skills, and then take their learnings back to their newsrooms. And just last month, with more support from the Google News Initiative, First Draft trained a global network of journalists and fact-checkers, with participants traveling from countries including Australia, Peru, Estonia and Pakistan.

But training alone isn’t enough to combat the problem of mis- and disinformation. We’ve also worked with First Draft to convene newsrooms who otherwise might not collaborate on election coverage in the U.S., France, Germany, the U.K. and Brazil. In each project, we provided tools, data and support to ensure that people are reading news stories that have been verified or fact-checked. Between the efforts—Electionland in the U.S., CrossCheck in France, Full Fact in the U.K. and Comprova in Brazil—we’ve brought together hundreds of newsrooms in multiple regions, to collectively debunk false, or misleading stories targeted to deceive voters.

As disinformation operatives become more sophisticated, global demand to combat them has increased. We are proud to see First Draft evolve to answer the needs of the moment. While we’re doing work on Google’s own platforms to detect, combat and address misleading information, we know that working with groups like First Draft, and the news industry, is key to our collective success.