Today, we’re releasing new research from our partnership with Gallup that investigates the demographic inequities in K-12 computer science (CS) education in two reports, Diversity Gaps in Computer Science: Exploring the Underrepresentation of Girls, Blacks and Hispanics and Trends in the State of Computer Science in U.S. K-12 Schools. We surveyed 16,000 nationally representative groups of students, parents, teachers, principals, and superintendents in the U.S.  Our findings explore the CS learning gap between white students and their Black and Hispanic peers as well as between boys and girls and confirm just how much demographic differences matter.  We’re excited to share this data to bring awareness to issues on the ground in order to help expand CS education in meaningful ways. 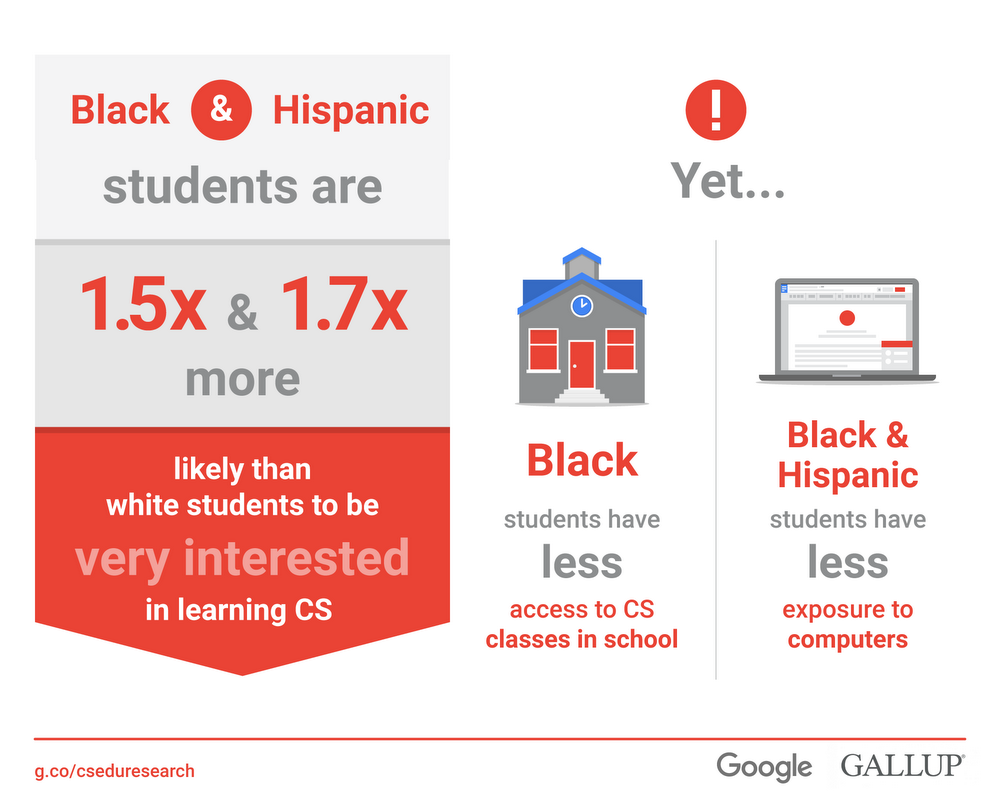 Progress around access has been made in K-12 CS education. We found that 40 percent of K-12 principals say they offer CS classes with programming/coding, up from 25 percent the year before, an increase that may be explained by the tremendous increase in support and awareness of CS education. However, a great deal of work still remains, as access for students is not universal, and disparities exist particularly for underrepresented groups:

Although structural barriers and lack of access and exposure for Black and Hispanic students are prevalent, their interest is disproportionately higher: 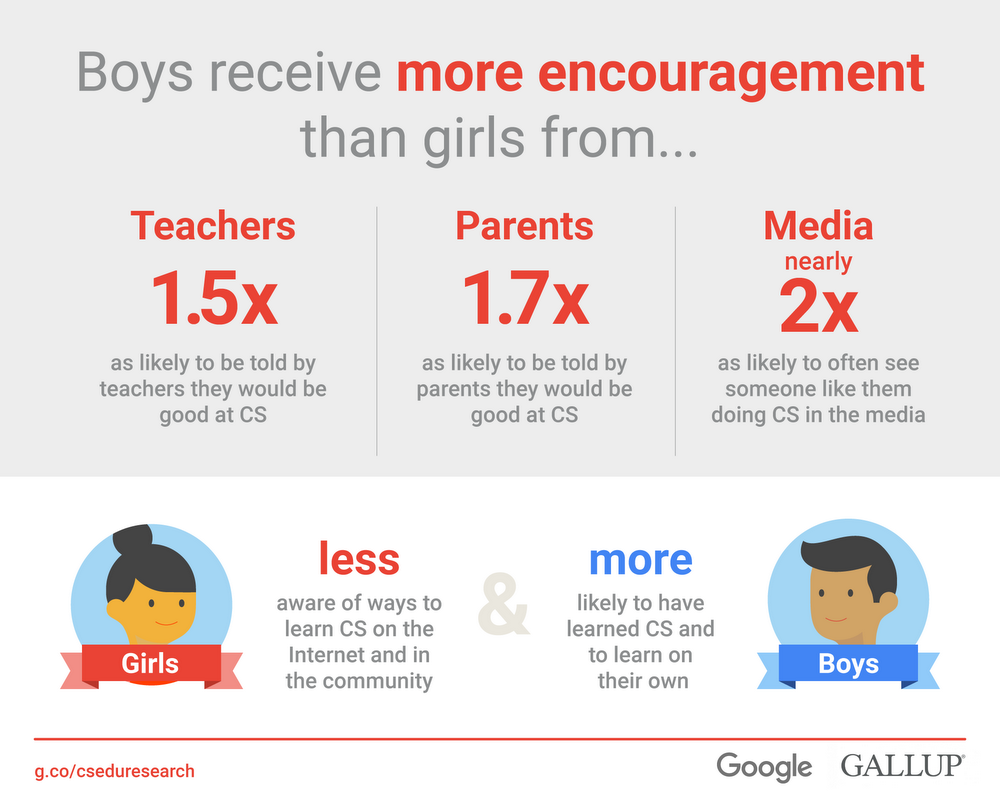 To help broaden participation in CS learning, we also need to understand barriers beyond access.  The quality of offerings should be rigorous and social perceptions should support all students. We found:

As our research and decades of work have uncovered, CS education is a complex space. We must work together to catalyze the changes needed to challenge narrow social images of CS, while simultaneously working to bring about universal access to quality CS education. Yesterday’s announcement of the K-12 Computer Science Framework, which Google supports, represents a momentous step toward guiding schools on high quality, rigorous CS education. We hope that our research continues to support collaboration efforts like the framework to increase equitable opportunities for all students to learn CS.