Improve student writing with originality reports and rubrics in Classroom

Editor’s note: This week, we’re at BETT in London, where you can visit us at booth SE30. If you’re #NotAtBett, follow along on Twitter and Facebook.

As students grow, their learning needs change. At Google, we're committed to supporting learners throughout their development with tools for student-directed learning and personalized feedback.

That’s why today, we’re making our latest Classroom tools, originality reports and rubrics, available to everyone who uses G Suite for Education.

Today’s students have more information at their fingertips than ever before. As part of Google’s mission, we are invested in making the world’s information universally accessible and useful, especially for curious students. We want to make sure students have the tools to not only find information, but also learn from it and make it their own.

Educators also face a big challenge in helping students keep their work authentic, and they don’t always have the tools to easily evaluate which passages are students’ own. Often the best tool available to instructors is to manually copy and paste passages into Google Search to check if work is original. We’re simplifying the process by integrating Search into our assignment and grading tools.

If you use another learning management system, originality reports are also available through our Assignments LTI tool which is currently in beta--stay tuned for availability updates later this year.

Teachers were buzzing [about originality reports], excited by the simplicity and ease of use, and even more so about the accessibility of the tool for students so that they could work alongside them and have meaningful learning conversations. Jonathan Wyeth
Assistant Principal at Green Bay High School, NZ 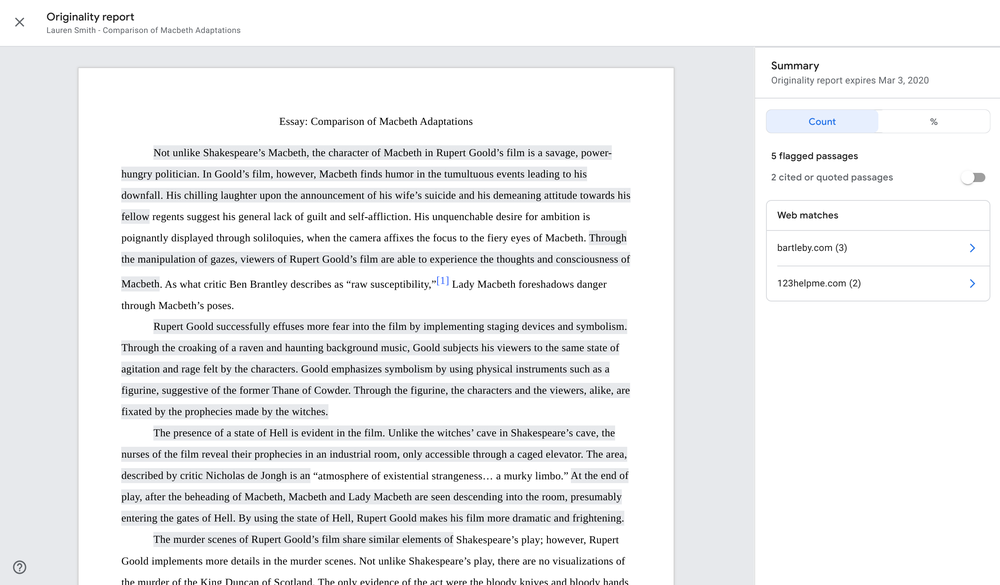 That’s why we launched a beta for rubrics in Google Classroom last June. This streamlined how rubrics are created in Classroom to help educators provide additional transparency around students’ grades. Tom Mullaney is a high school Digital Learning Coach in North Carolina who’s enrolled in the beta program, and he knows how helpful rubrics can be. “[Rubrics enable] teachers to give much more detailed feedback than just a text comment. Students can now see both what is expected of them and how they did in meeting expectations,” Mullaney says. “Rubrics save teachers times in two ways: You can reuse rubrics and  you can also duplicate criterion.”

Thanks to all of the feedback and feature requests from our beta, today we’re making rubrics available to everyone who’s using Classroom and Assignments.

With the new rubrics feature, educators can now create a rubric while they create an assignment, reuse rubrics from a previous assignment rather than having to create one from scratch. They can also export and import Classroom rubrics to share them with other instructors, as well as grade student work with a rubric from both the student listing page and Classroom’s grading view, where instructors can select rating levels as they review the assignment. 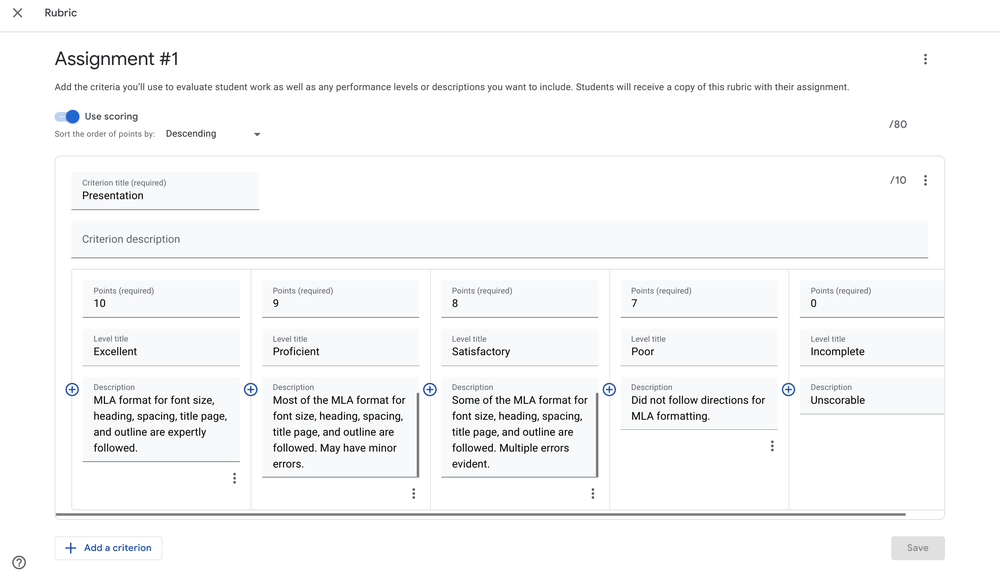 Since Google Classroom launched, administrators and instructors have frequently requested a way to keep student data in sync with their SIS. We listened, and now G Suite administrators can sign up for the beta to sync grades from Google Classroom and select SIS. We’re expanding the beta to include schools that use Capita SIMS, Infinite Campus and Skyward SMS 2.0, with more SIS integrations to come.
POSTED IN: