No need to dig, here are 20 treasures from Google Arts & Culture

One of the oldest man-made artifacts in the world. An AI powered cultural Big Bang. The tiniest brushstrokes—almost invisible to the human eye—in an impressionist masterpiece. The secrets of traditional sushi making. These are just a few of the hidden treasures you can explore on Google Arts & Culture, which makes millions of artifacts and works of art, shared by over 1,500 museums, archives and cultural institution partners from 70 countries available for you to explore.

Google Arts & Culture started back in 2011, and if Google’s mission is to make the world’s information more accessible, then Arts & Culture aims to make more culture accessible to anyone, anywhere. Since the early days, we’ve collaborated with partner institutions as varied as Japan’s Tezuka Osamu Museum, Brazil’s Inhotim Museum and the U.S. National Parks. In many cases, we’ve collaborated with the cultural sector to build special technologies designed to bring their stories to life for the digital world—from our trolley to Cardboard to the Art Camera to a little thing we call the Art Selfie and state-of-the-art AI experiments.

But enough talk. While it’s nearly impossible to choose the best highlights from this massive collection, it’s time to take a quick tour through 20 of Google Arts & Culture’s hidden treasures:

1. One of the world’s oldest works of art.
This figurine found in Berekhat Ram in Israel is believed to be 233,000 years old. Microscopic analyses have proved that it was shaped by human hands—apparently the first artists in the world. 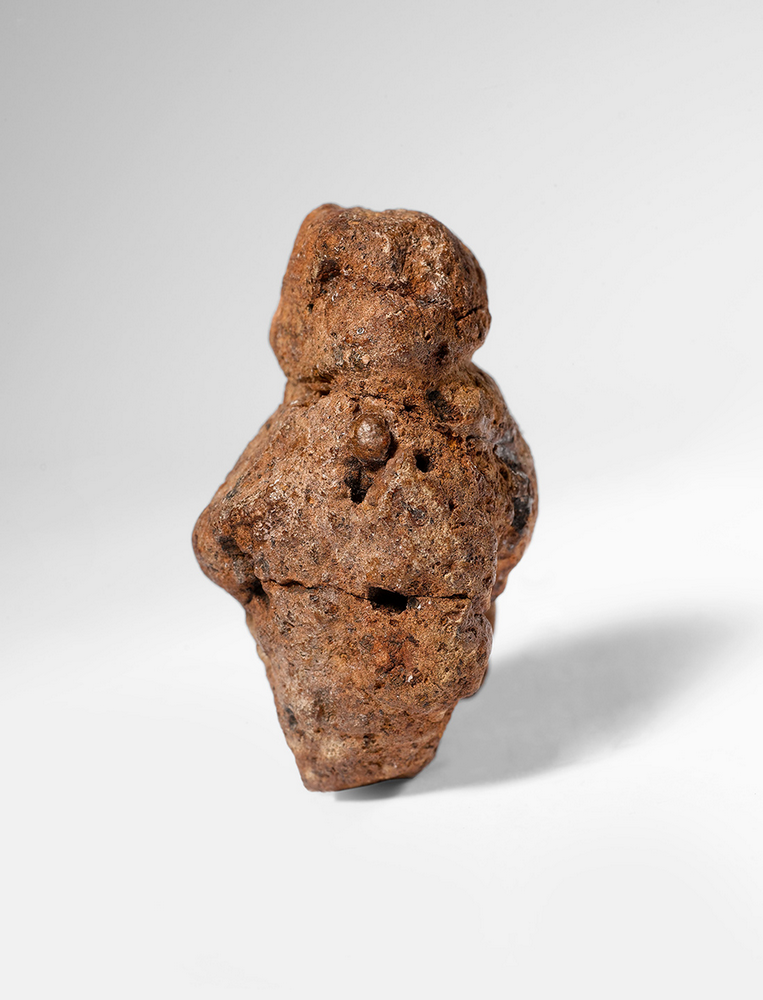 2. A city full of temples, preserved through 3D.
In 2016, an earthquake damaged many of the temples in Bagan, Myanmar. Working with CyArk, a nonprofit that works to preserve 3D digital archives of at-risk monuments, we’ve made it possible for people to go on a virtual tour of the city of a thousand temples, as well as other heritage sites around the world.

3. Fantastic beasts from long ago.
You don’t need dino DNA to come face to face with prehistoric predators. It’s a lot safer to meet colossal sea dragons and other prehistoric creatures in VR.

4. The stilettos of an American icon.
There are few icons as iconic as Marilyn Monroe. And Monroe’s sparkling red stilettos, designed by Salvatore Ferragamo, are more than a fashion statement—they’re a feat of engineering. As part of a project exploring the past and present of fashion, you can see these red pumps up close and learn the story behind this shoe and thousands of other fashion pieces.

5. Your art doppelganger.
With the Art Selfie, you might discover similarities between yourself and the Emperor Gojong or Claude Monet’s wife.

6. The world’s most famous kiss.

“The Kiss,” arguably the most popular work by Gustav Klimt, was first exhibited in 1908. It is one of the icons of European modern art, representing the culmination of the phase known as the “Golden Epoch.” With gigapixel technology, you can zoom in to see each gilded detail.

7. A track lost to history.
The original phonograph of Louis Armstrong’s “Tiger Rag” may have disappeared from memory but for Deutsche Grammophon. We worked with the record label—the world’s first—to restore and digitize their sound archives and tell the story of Emile Berliner, who invented the grammophon player.

8. What a freedom fighter takes home.
Upon his release from Victor Verster Prison, Nelson Mandela’s belongings were gathered up, inventoried, and signed over to a member of his release team. Included on the list is a surfboard. Mandela took great pleasure in being allowed to go swimming—but every time Mandela went in the water, warder Jack Swart had to go in with him. Swart wasn’t an adept swimmer, so Mandela requested a “boogie-board” for him to try.

9. The private home of a celebrated female artist.
The personal life of Frida Kahlo was the subject of many of her works and remains fascinating to this day. And the house where Kahlo was born, lived and died is in many ways a physical reflection of her creative mind, as a sanctuary and inspiration for the artist. We captured the La Casa Azul on Street View with the Trolley for anyone to explore.

The Space Shuttle Discovery is one of NASA’s most notable orbiters. Discovery was used to deploy the Hubble Space Telescope in 1990—one of 39 missions in 25 years of service. And you can step into space exploration history with a tour of Discovery in virtual reality, alongside two astronauts who helped deliver Hubble to orbit. 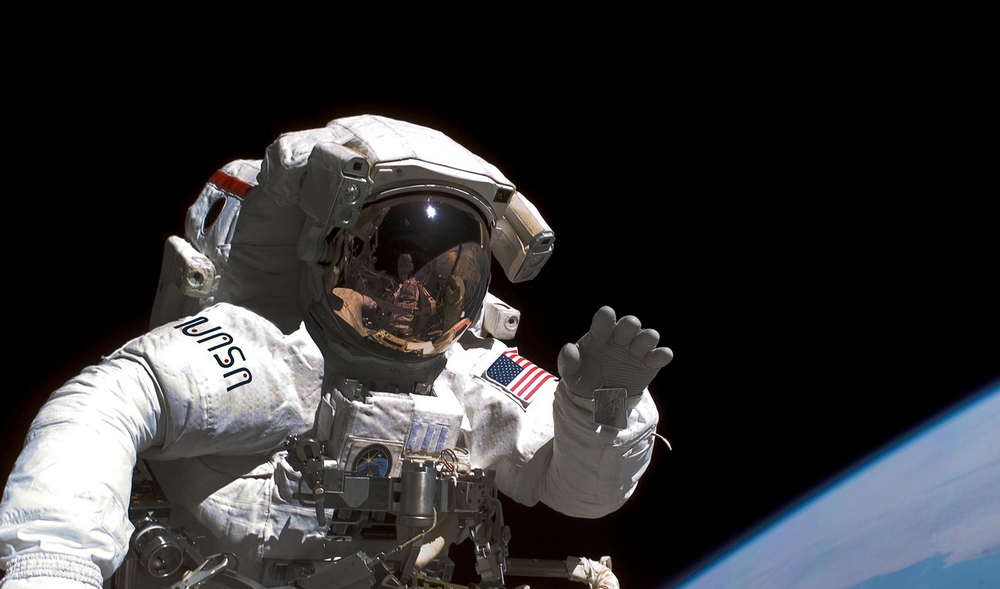 Astronaut on an EVA – Smithsonian's National Air and Space Museum

11. Age-old lessons in craftsmanship, rediscovered.
Japan's traditional craftsmanship is world-renowned, and few things capture the beauty and mastery as much as the making of "Arita ware."

12. The sights and sounds of Rio de Janeiro’s comunidades.
Take an interactive 360° bike ride to explore the some of the most vibrant—and previously unmapped—neighborhoods of Rio de Janeiro and meet some truly inspiring cariocas.

13. A legendary queen.
Nefertiti—whose name means “the Beautiful One Has Come”—was one of the most powerful and influential women in Ancient Egypt. Her bust, on display in the Neue Museum on Berlin’s Museum Island, is completely unique—no other Ancient Egyptian stone bust like it is known.

14. The hidden connections between artworks.
They say any two people in the world can be connected through friends of friends, in just a few steps. How about artworks? Using machine learning to analyze the visual features of artworks, the experiment X Degrees of Separation finds pathways between any two artifacts, connecting the two through a chain of artworks.

15. The tallest Gandhi in the world

In 2014, the headquarters of the Delhi Police was the site for an unprecedented collaboration between a government body and street art. The artists Anpu and Hendrick ECB collaborated on a portrait of Gandhi so huge—152 feet tall—that it required the tallest industrial crane available in India to complete it.

16. The (original) bedrooms—virtually reunited.
Van Gogh was a prolific correspondent as well as artist, writing many letters and postcards throughout his lifetime. These often included the first sketches of many of his most famous masterpieces—including a drawing of the world-famous The Bedroom, included in a letter dated 17 October 1888 to Paul Gauguin.

17. The philosophy, in ink, of one of Confucius’ most distinguished pupils.
The most important collection of artwork in Chinese history is held in the Palace Museum inside the Forbidden City, home to 24 emperors for nearly 500 years. One of the collection’s oldest surviving pieces is this calligraphy by renowned Ouyang Xun about Confucius’ most distinguished student Bu Shang.

18. The design process behind one of the world’s most recognizable landmarks.
Architect Jørn Utzon took inspiration from nature to design the shelled roof of the iconic Sydney Opera House. In this exhibit, you can see how early designs with a lower roof profile evolved into the upright design we recognize today. The final design was the result of three years of experimentation, and each shell was derived from the shape of a sphere.

19. A revolution in the making.
A Scrapbook compiled by the Suffragette Ada Flatman draws you into the struggle for women's rights—from 18th-century activists to modern-day trailblazers. Discover never-before-seen news cuttings, flyers and photographs from the Suffragette movement in the Road to Equality exhibit.

Three paintings. Two art experts. One kid. Can the competing art experts correctly guess famous paintings based off a kid's descriptions? That’s the idea behind the video series Name That Art.