How the head of Google Ad Grants fights for the underdog

Michelle Hurtado was raised on the notion that hard work can get you through anything. As the daughter of a Hispanic immigrant, she was born with the drive to create a better life for those around her, always surrounding herself with strong communities and an appreciation for faith, family and traditions. These values came from her grandmother, who fled Colombia during especially violent years—with Michelle’s father in tow. Michelle says her grandmother’s bravery and dedication to her family will have an impact for generations to come.

Michelle became the first in her family to graduate from college and eventually made her way to Google, where she runs our Ad Grants program. In the latest installment of The She Word, we talked about how her team helps nonprofits around the world and how her “north star” has led her to fight for underprivileged people throughout her career.

How do you explain your job at a dinner party?

I work on the Ad Grants team. We give free ads to nonprofits, nearly $1 billion a year, so they can reach people who need their services.

How was that idea born?

Ad Grants was Google’s first-ever philanthropic effort. Sixteen years ago, we started recognizing that ads had a lot of value, but nonprofits wouldn’t necessarily have the funds to pay for them. We wanted to make sure that organizations of all resource levels could get their message out there. We’ve served more than 100,000 nonprofits in 51 countries, but I think this program is still a hidden gem. There are 3-4 million nonprofits out there who could benefit from Ad Grants.

What’s the hardest part of your job?

There are philosophical questions that I grapple with: Where can we create the most impact or provide the most value? Do we spread resources around as much as possible? Or invest in nonprofits that have been deemed the most impactful? Do we focus on places that have the most need or the resources to fill the need? The nonprofit sector is incredibly diverse and varied, and so our strategy for giving needs to be, too. The work is never done.

And what about the most rewarding part?

The teams behind these nonprofits have such critical programs, kind hearts and big plans to change the world. A nonprofit like Make a Difference is using their online presence to recruit volunteers around the world to educate kids in small Indian villages, and Samaritans used Ad Grants to raise awareness of their helpline to ultimately reduce suicide rates.

Tell us about your pre-Google life. What were your dreams as a kid?

I grew up poor; my family was on welfare. My parents juggled several jobs and worked as hard as they could, but still couldn’t make it. We went through a lot—we lost my mom when I was young and moved around quite a bit. When I was 17, I received a scholarship to college. That changed my life forever, and  lifted up my family, too. Since then, I’ve wanted to fight for the underdog. I originally wanted to work in government because I wanted to change the system, but those systematic changes are hard to come by. Helping people is really what makes the world go round.

I do. It’s part of why I’m successful in my current job—I can think from other people’s perspectives. It’s incredibly important for me to know who I’m serving. It makes me go to the ends of the earth for those people.

How did you get to Google?

In my third year of college, I traveled abroad for the first time with a nonprofit program called Semester at Sea. I made it to Cuba, Brazil, Uganda, India and China. Connecting with people around the world changes your perspective, and I wanted everyone to have the opportunity to travel and learn. I went to work in marketing for American Airlines, where I helped to launch the first flights to India and China. In that role, I learned about digital ads and saw how they connected people to new, useful information. I ended up coming over to Google, working with small businesses to use ads to grow their economic impact. From there, I started to work with nonprofits specifically. I always find my way back to the underdog. 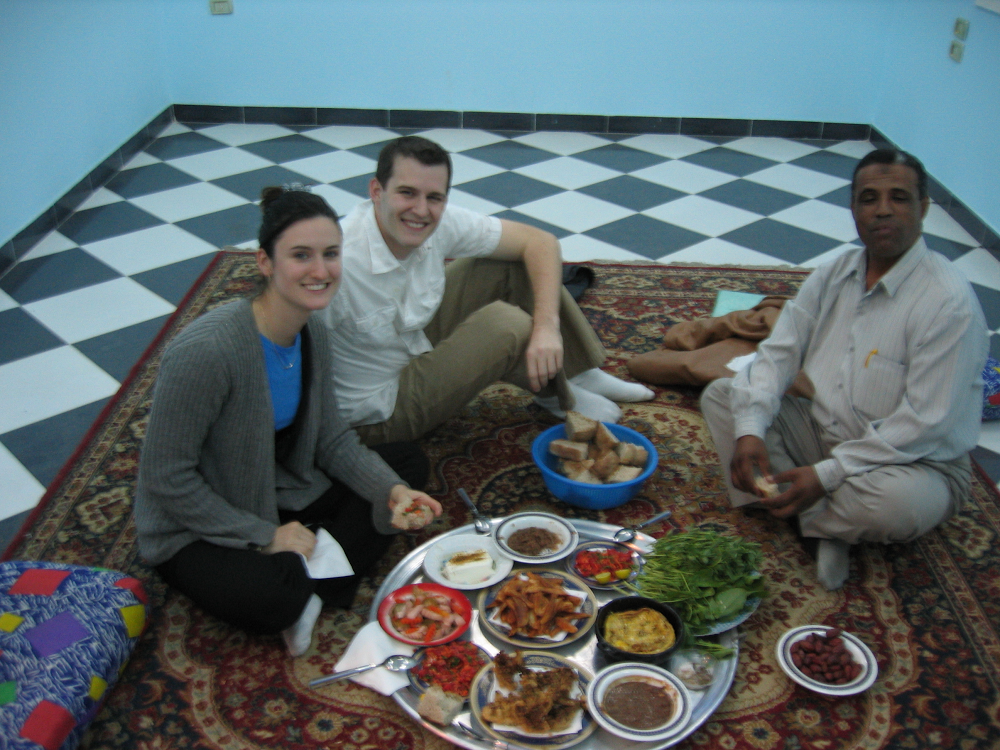 Michelle on a trip to Egypt during Semester at Sea.

Do you have any advice for women starting out in their careers?

Decide what your north star is and embrace any opportunity that’s going in that general direction. Don’t wait for your skills to be perfectly aligned and don’t wait for the perfect timing. Just keep moving in the right direction.

Have you followed the same north star throughout your career?

My intention has always been to help underprivileged people. I have a sweet spot in particular for folks who are really trying to make it, but the system’s not set up well for them. My current role supports a platform so that we can all help one another—my team and I are connecting people to causes.

With the help of Google tools, re:imagine/ATL gives a new chance to opportunity youth in metro Atlanta.